Share | I’m disappointed in ID coverage of early treatment of COVID 19.
Physicians have been marginalized or fired for attempting early treatment. Various treatment modalities were discounted and later revised. Early treatment might have saved many lives. I don’t think the journal gave adequate clinical coverage of either the controversy or the lost opportunity for early treatment. Never mind the damage done to physicians attempting to practice traditional medicine. Even the laying on pod hands and the reassuring presence of a trusted physician has a positive neurohumeral strengthening of the immune system.
Was this failure of early treatment not a shortcoming of overly rigid evidence base, standardization and protocols?
Posted by Clancy Hughes at 8:27 AM No comments:

Share |
It was three am in Nandi International Airport in Fiji. All of the passengers had cleared customs and left the terminal. Only three of us remained. It was not hard to spot the other doctor, an ENT from Homberg, Germany. The third gentleman was a British Health Service bureaucrat from England in Fiji to share the English version of central management of healthcare with the emerging Fijian Healthcare system. We were all waiting for rides which may not have anticipated our early arrival.
Wolfgang and I immediately hit it off. We were both volunteers with Rotary International, in Fiji to participate in a Health Fair throughout many of the underserved villages. After a few minutes, the Englishman came over and introduced himself enthusiastically presenting his views on standardized healthcare. Wolfgang and I spent the next two hours arguing that standardization negated the scientific nature of clinical practice, where in trial and error takes place massively throughout the profession resulting advancements in care for the patient, communicated almost by word of mouth on a realtime basis. We argued that statistics and scientific studies were a necessary reference but not a certain conclusion. Many studies were selected for or conflicted by those conducting the studies and many studies proved wrong by subsequent trial but with substantial time lag.  Neither side won the argument back then, and our rides soon arrived.  This airport debate was twenty years ago, and the evolution of  authoritarian medicine dominated English medicine and now distorts healthcare in the US.

The American version of authoritarian medicine features additional elements of greed and politics, along with massive bureaucracy. Starting with the theory of "Evidence based Medicine," medical science became the purview of the growing medical bureaucracy, then hospital administrators, corporate medicine, politicians and big pharmacology. The burdens today's physicians face, match or exceed the burdens of various religious dictates during the Dark Ages. No longer medical science and patient care, doctors now practice with political correctness, censorship and manipulated evidence. Today, I read that the AMA has come out in support of Critical Racial Theory. Politics and greed have no business in medical practice and patient care. Patient care, patient satisfaction, current science, treatment outcome, the physicians judgment and local medical societies should be the only authority in medical practice. Authoritarian-guidelines negate the scientific method and inductive reasoning. Evidence is good. guidelines can help, but bureaucratic regulation or administrative regulation cannot. Now the AMA wants to replace merit based medical school admission standards with social standards. Such a move favors corporate medicine and social medicine producing young obedient feldshers who will not question the authoritarian mandates or the political and economic motives -- over clinical judgment, medical science and patient care. We desperately need to reaffirm the Aesculapian mandates of Western medicine and resist the Marxist authoritarianism, greed and politicalization of medicine.

Posted by Clancy Hughes at 1:25 PM No comments:

Share |
"YouTube videos mentioning ivermectin in treatment of Covid-19 were removed or demonetized, as well as Twitter pages locked. Further, in Big Media, even the most credentialed independent and expert groups who recommend ivermectin based on a large body of irrefutable evidence are labeled as “controversial” and purveyors of “medical misinformation.” (My own Face Book and Twitter posts as well -- arguing for early physician treatment of COVID19, even if only holding hands.)

A health system structured to function in this manner is clearly vulnerable to and overly influenced by entities with financial interests. Further, in Covid, such systems have evolved into rigidly operating via top-down edicts and widespread censoring. This allows little ability for emerging scientific developments not funded by Big Pharma to be disseminated from within the system or through media or social media until years later when, and if, a Big RCT is completed. This barrier has presented as an enduring horror throughout the pandemic given the widespread loss of life caused by the systematic withholding of numerous rapidly identified, safe and effective, repurposed medicines for fear of using “unproven therapies” without “sufficient evidence” for use. Alternatively, and for the first time in many physicians’ careers, those who seek to treat their patients with such therapies, based on their professional interpretation of the existing evidence are restricted by their employers issuing edicts “from above.” They are then forced to follow protocols that rely predominantly on pharmaceutically engineered therapeutics." From the FLCCC, https://covid19criticalcare.com/videos-and-press/flccc-releases/flccc-alliance-statement-on-the-irregular-actions-of-public-health-agencies-and-the-widespread-disinformation-campaign-against-ivermectin/

Starting with the theory of "Evidence based Medicine," medical science became the purview of the growing medical bureaucracy, then hospital administrators, politicians and big pharma. The burden todays physicians face matches or exceeds the burden of various religions in the Dark Ages. No longer medical science and patient care, but now political correctness, censorship and manipulated evidence. Today, I read that the AMA has come out in support of Critical Racial Theory. Politics and greed have no business in medical practice and patient care.

Posted by Clancy Hughes at 11:17 AM No comments:

Democracy to Globalism to Oligarchy to Communism to Orwellian Dystopia 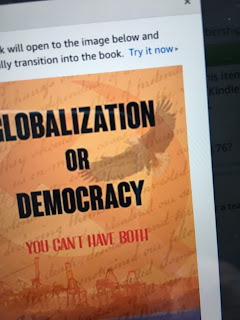 Posted by Clancy Hughes at 8:54 AM No comments:

Share |
I think truth, fact and meaning are three distinct things. I think some of the willingness of journalists to engage in fake news comes from projecting and confusing meaning with truth or actual fact. I read statements such as, “It is an existential threat.” From my interpretation of existential, that would mean only a threat the journalist’s mind.
Listening to Jordan Peterson at the Oxford Union, I would ask him his interpretation of the above and his definition of existential. Think I’ll check out his book on meaning. Peterson has an interesting suggested book list.
Posted by Clancy Hughes at 7:52 AM No comments:

Share |Is this the masked image of American Communism? 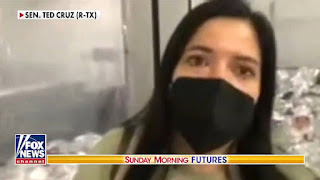 Posted by Clancy Hughes at 12:35 PM No comments: